Nitto Electric Industrial Co., Ltd. was founded in 1918 in Ohsaki (Tokyo) to produce materials for electrical insulation in Japan.

Then began the production of enamels for electrical insulation and black insulating tape, until the opening of the branches in Osaka and Tokyo in 1949.

After Nitto begins the production of anti-corrosion tapes, the first plastic tapes, products for electrical insulation and the Suita plant starts the activity.

In 1961 the first foreign branch opens in New York and after Nitto made products in PTFE (NITOFLON), vinyl sheets for surface protection (SPV), FRP electrical insulation products, double-sided adhesive tapes and adhesive sheets. for medical use.

In 1988 the company celebrated its 70th anniversary and changed his name to Nitto Denko Corp. to begin the production of retardant films for liquid crystal displays (NRF).

The company has received prestigious awards, including the 46th ""Environment Award"" for double-sided adhesive tape free of organic solvents.

The Nitto brand products are divided into different categories, including:

• Masking Tape: With general purpose crepe paper, coated with a synthetic rubber adhesive, designed for a wide range of common room temperature sealing and masking applications. The adhesive removes without leaving any residue.

This tape is suitable for bonding rough surfaces, so it can also be used with metals. The Nitto D5320 series is used for long-term continuous mounting applications on a variety of decorative strips in the furniture industry (trim mounting) and for led strips in the lighting world. It holds an average of + 20% compared to similar competing products, conceived by Nitto Denko, a Japanese multinational with a turnover of 7 billion USD that it produces for itself, having an equity stake in Toshiba, known for its blue conductive films for white and transparent ones for liquid crystal displays and touch panels, as well as for reverse osmosis membranes.

These and many more are the Nitto adhesive tape brand products now present in our dedicated catalog.

Come and discover the full range of items on AdhesiveTapes and choose the right one for you.

Filter the results
Clear all filters
Showing 1-2 of 2 item(s)
Any question about the products? See our FAQs 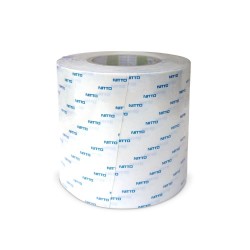 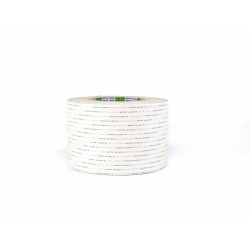 Our guide on how to order custom printed tapes

Follow our detailed diagram, and order with confidence and peace-of-mind